Nuclear power is often hailed as a magic bullet solution for the rapid and large-scale decarbonisation of our societies which we all know needs to happen if we have any hope of mitigating the worst effects of the unfolding climate emergency. Among politicians and industry groups, it is consistently favoured over meaningful investment in renewable energy systems, bolstered with misleading claims of its safety, efficiency, stability, and speed of deployment.

With the costs and efficiency of renewable energy solutions improving year on year, and the effects of our rapidly changing climate accelerating across the globe, we need to take an honest look at some of the myths being perpetuated by the nuclear industry and its supporters.

Louisa Casson, an ocean campaigner at Greenpeace, said: “The health of our oceans is closely linked to our own survival. Unless we act now to protect them, deep-sea mining could have devastating consequences for marine life and humankind.” 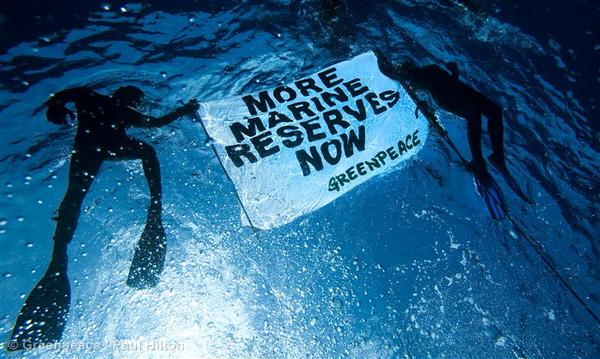 5 minutes and 27 seconds. That’s how much was spent on climate during the 2016 presidential debates.

Last night’s Democratic Debate was not much of an improvement. The climate is not a “single-issue” topic — and it should be at the forefront of the conversation. bit.ly/2IukWxY

When they say, “that’s not how things work in the real world,” we say, “not yet.”

Corporations are killing our planet.

I urge you to collaborate and work with Greenpeace to phase out single-use plastic packaging and invest in alternatives to ensure that plastic from your company’s products are never found in our oceans, waterways, or coasts ever again.

Oil pipelines are a threat to clean drinking water and our oceans.

A proposed tar sands pipeline in Canada that would create a tanker superhighway that could drive the 76 remaining endangered Southern Resident orcas to extinction.

Expansion of tar sands oil will undermine efforts to protect the global climate, and it’s not a question of if, but when, pipelines will spill, threatening access to clean water.

Energy Transfer Partners’ Dakota Access Pipeline has already spilled four times since it was built, and a major spill would threaten the drinking water of 17 million people.

But the wave of resistance is building.

Some banks are already backing away from tar sands pipelines and Energy Transfer Partners, but each of these Dirty Dozen banks are still financially involved in some of these projects.  If people around the world ask their banks to commit to NOT fund these pipelines, we can tip the balance on these toxic projects and stop these new pipelines for good.

Tell the Dirty Dozen banks not to fund pipelines that threaten our water!

Eating more plant-based meals is not only good for your health, it’s vital for our planet. In fact, producing meat releases as many carbon emissions as all planes, trains, cars, and trucks combined. Our planet needs less meat and more plants — now, and you can help make it happen!

Apple, technology, and other stuff by Jason Snell & Dan Moren

We are the Party of Solutions!